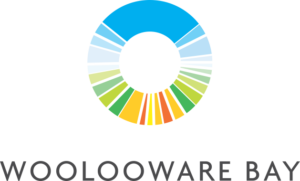 In cities and suburbs across Australia, apartment buildings are increasingly becoming the primary dwelling for most of us. In fact, 2016 marked the first time that more high-density housing was being built than detached housing.

When it comes to convenience (think garbage chutes and low maintenance gardens) and amenities (pools, gyms, saunas or community rooms) the apartment lifestyle offers many benefits.

But what’s often not discussed is the human connections that you can create and share in. The close-quarter lifestyle of apartment living allows a sense of community to be fostered and for lasting friendships to be created.

With this is mind, developers such as Capital Bluestone have started to change the way they’re building apartment complexes and are prioritising designs that facilitate the all-important need for connection with one another, to create not just a place to live but also a community.

To the uninitiated, apartment living can bring to mind images of scurrying past your neighbours’ door in a narrow and anonymous corridor or actively avoiding people in a lift. However, many developers are counteracting this sense of anonymity and isolation by ensuring a boutique, ‘neighbourhood’ feel even in larger developments.

Ethos Urban Director of Planning Gordon Kirkby says that larger urban renewal developments can be communities with hundreds of residents, larger than some small towns; therefore, it’s important for these larger-scale developments to create an environment where residents feel a sense of shared space.

“The idea of community is so much more than the buildings themselves and the creation of a community can start well before residents occupy dwellings,” he says. “For example, Woolooware Bay fostered the new community well ahead of people moving into the complex, through organised social events and community information sessions.”

For Woolooware Bay resident Carol Carson, who is involved in a number of social activities including the book club, these ‘meet the neighbour’ events laid the foundation for real friendships.

“I’ve met some really lovely people who I’d consider friends, and a lot of the people I’ve connected with here I first met at the Capital Bluestone events – the Christmas parties and other functions”.

Associate Director at award-winning Turner architects, James McCarthy, says that the key to creating a vibrant community is catering for a wide demographic, to ensure it is active throughout the day and not just in the morning and evening or on weekends.

“The Woolooware Bay masterplan has been designed to maximise permeability through the site and connect the wider community back to the waterfront,” he says.

“The development aims to be an extension of the existing suburb of Woolooware and has avoided being a gated or inward-looking development. Streetscapes are public and inviting and facilities such as the new public parklands will be located in the heart of the scheme.”

When it comes to apartments, most commonly the qualities espoused are the high-end fittings and finishes, the layout of the apartment or a myriad of surface considerations. But increasingly, more buyers are interested in what shared spaces are on offer and what community facilities are provided.

Gordon Kirkby says there is a far greater emphasis on shared spaces in apartment complexes than there was 15-20 years ago, with savvy developers recognising that residential amenities don’t start and stop at the front door of the apartment.

“Modern living has evolved considerably in the last two decades and now has to cater for a wider demographic of people, including families and downsizers,” he says. “In this regard, residents are seeking to change their type of residence but not at the expense of their amenity. Shared open space and quality communal facilities like pools, gyms and rooftop gardens are key to delivering this.”

“Well-designed apartment buildings and complexes seek to achieve a sense of community and connection through these common areas where residents can interact,” says Mr Kirby.

Woolooware Bay includes a communal room that not only serves for a meeting space for the body corporate but can be utilised by residents for other get togethers. The Woolooware Bay book club meets monthly and Carol Carson says the meeting room space means the popular gathering can always welcome new members.

“The last one we had about 12 people so it’s too many people for someone to host in their own unit,” she says. “People who haven’t even read the book come to the book club, they just come along to meet other residents and have a bit of company.”

James McCarthy agrees that shared spaces are key to creating connections, as they allow for residents to meet casually.

“The Capital Bluestone Woolooware Bay development is a great example where a diverse choice of shared spaces have been created,” he says. “They vary from informal landscaped areas to more structured facilities, such as swimming pools and gym, to more bespoke and unique spaces for things like massage/treatment rooms, a residents’ workshop, and even a rooftop cinema.”

Designing public-use spaces is both a science and an art.

Many common spaces in high-rise buildings can actively work against residents developing a sense of neighbourliness and community, so it’s often down to the design of a development to entice people to interact and feel safe and welcome in the shared spaces provided.

“Key to the design of Woolooware Bay has been an emphasis on connectivity throughout the precinct linking private spaces with communal space and public spaces,” says Gordon Kirkby.

“This connectivity works in with broader linkages along the Woolooware Bay foreshore and the creation of a significant public asset in Foreshore Park as part of the development, which has further enhanced the experience.

The inclusion of a central boulevard promotes through-site connectivity for both residents and the public and prevents the residential estate from looking in on itself – rather it provides an address and connection to the broader public domain,” says Mr Kirby.

For Carol Carlson having friends who are neighbours makes the benefits of Woolooware Bay all the more enjoyable.

“Sometimes during the daytime I can contact a friend in the building and catch up and have a spa. We go for walks, and because I have a dog I meet people too.”

The benefits of nature on your mental and physical well-being has been well proven. So, it’s little surprise that new developments are being created with an emphasis on their connection with nature.

James McCarthy says most liveable cities are known for their open space and similarly, the masterplan for Woolooware Bay provides a range of open spaces to cater for different uses.

“The streetscapes have been designed as landscaped public spaces. Streets are wide and generous, with views to the waterfront beyond. The network of streets are planned to be tree-lined and allow for extensive planting,” he says.

“The masterplan at Woolooware Bay has thought of the parks more as outdoor community centres where the design invests in uses and activities so they fulfil their potential. When we improve the parks and public domain, we’re really improving the quality of life and the sense of community.”

These days, the most successful property developers need to have an identity within a community and a relationship with its members. This creates a sense of trust and a belief that the developer has gotten to know the community and ensure their project is going to be well-received.

“In the case of Woolooware Bay, Capital Bluestone has ensured there is a strong and real contribution to the surrounding community in a number of key aspects – it’s providing housing choice and diversity, creating or enhancing retail, tourist, cultural and recreational opportunities, it has facilitated new public transport connections and lead to new public open space,” Mr Kirkby says.

In addition to this, Capital Bluestone’s support for key groups, among them Sutherland Shire Family Services, Live Life Get Active and the Touched By Olivia association with whom they’ll deliver an inclusive ‘Livvi’s Place’ playground on the foreshore, has embedded the positive community contribution.

“I’ve helped with walking a neighbour’s dog. People are always willing to help each other out. It’s nice being able to walk out your door and run into someone you know. You feel safe, too, having a sense of community.”

James McCarthy says Woolooware Bay has also helped to reinvigorate a part of the suburb that was always considered lower profile than the beachfront Cronulla, and wasn’t being utilised effectively.

“That’s all changed now – the situation has literally been flipped on its head. Once completed, the Woolooware Bay town centre will become the focus on the wider community. It’s broad range of retail, food, sports, community and parkland facilities will offer an enviable lifestyle that is all within walking distance,” he says.

Gordon Kirkby says the appeal of this type of lifestyle is only going to increase.

“As Sydney gets larger and more congested, people are looking to strengthen local identity and do more within their local areas. Mixed use developments like Woolooware Bay provide this opportunity.”

Over the course of the past 25 years, Capital Bluestone has delivered more than $2.5 billion in total project completions and has a current project pipeline of more than $2 billion.

This includes a $700m portfolio of 45 projects at Norwest, accommodating the workspace needs of more than 1000 businesses.

The project will deliver more than 600 apartments, a new shopping, dining and entertainment precinct and a rejuvenated new Club environment for joint venture partner the Cronulla Sutherland Leagues Club.

Similarly, work with Kogarah RSL will see the club furnished with brand new facilities, retail and dining offerings at ground level, while above, 220 apartments over two 11- storey buildings have been hugely popular with investors and owner-occupiers wanting a contemporary new home base close to a key employment hub and major transport links.

The business is also development manager for the $280m Esplanade Norwest Lake mixed-use integrated lifestyle community, where it has worked with council and local business owners to ensure the project brings about a renewed energy and sets a new benchmark for future projects within the area.